Catholic Charities of North Louisiana has three hallmark programs operating out of each of our three offices. Emergency Assistance and Money $chool provide for rental and utility bill help while educating clients on how to stop the leaks in their budgets. Gabriel’s Closet helps new and expectant parents get the items they need to provide for their children, while teaching them how to properly care for their child. Immigration Legal Services provides education and legal assistance for low-income, undocumented individuals eligible for legal status afforded them by U. S. laws.

But what if a client needs more than we can offer?

“Al” came into the Monroe Office of Catholic Charities of North Louisiana in search of emergency assistance to pay his electricity bill. “Al” had called the 2-1-1- emergency assistance line and was referred to our agency. He came in, attended Money $chool and met with his case manager, Kirsten Gladden, our regional director. During his one-on-one, Kirsten discovered that “Al” was an army veteran who was having a rough time.

He explained that due to some unfortunate events, he was consistently racking up overdraft charges at his bank, and the fees were being carried forward every month. He had tried to get overdraft protection, but his bank did not offer it. Because of these fees, “Al” would be upside every month after paying his rent, making it impossible for him to pay his electric bill and buy groceries.

Kirsten’s social services training and community building skills immediately kicked in. She was able to call a local banking partner and get “Al” an appointment to move his account over to a more reputable bank. “Al” was able to setup a bank account with them with overdraft protection.

Kirsten was also able to glean that “Al” suffered from PTSD and was unable to afford treatment for it. Kirsten called a local mental health organization and was able to get “Al” an appointment and a ride to their facility.

Last month, “Al” reported to Kirsten that he was finally able to afford groceries and his utility bills on his own because of the protections at the new bank. He is also a steady client with the mental health agency and feels much better about his future.

By and large, the most important part of our jobs at CCNLA is listening. By really hearing what someone has to say and being intentional about what we do with the information they trust us with, we can offer them a plan or connect them to resources that addresses their situation with a more holistic approach. So, while we offer three main programs, our scope reaches far beyond that.

With Kirsten’s hard work in mind, we would like to encourage you to donate specifically to her office. Normally, we would be gearing up for the Bingo on the Delta event for February to raise funds for the Monroe area, but due to COVID-19, we have opted to cancel the event for this year. If you have questions about how you can donate or get involved with the Monroe Office, you can call Kirsten and her staff at 318-361-5198.

Meg Goorley, Executive Director Catholic Charities of North Louisiana has been helping the poor and vulnerable for nearly 11 years. Perhaps it is best known for those needing help with a rental or utility bill. Read more…

The Dynamic Board Duo of Mike & Mike

By: Erin Smith, Director of Development & Communications Being a board member or officer of Catholic Charities of North Louisiana’s board of directors comes with a hefty responsibility. The board is not only charged with Read more… 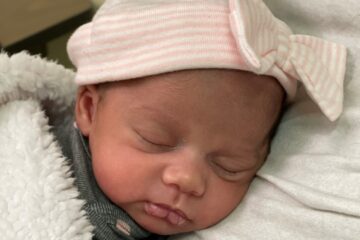 Children are a gift from the Lord. They are a reward from Him.” – Psalms 127:3 Gabriel’s Closet, a family strengthening program of Catholic Charities of North Louisiana, is a merit-based program offering education and Read more…